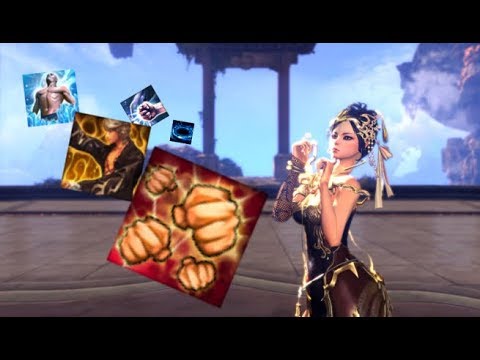 We are here gadu-gadu, and in Blade & Soul are interesting things today.

Well, Soul Fighter received his third specialization (third subclass) — Way of the Divine Hand, which works both in a short circuit and in a distance.

Fighting style Soul Fighter consists of short and distant attacks to provide a dynamic style of the game. Use a quick invocation reflex [TAB] to enter the state of enlightenment to quickly defend yourself against upcoming attacks thanks to skills such as Bright Ward [1], which can block and evaporate front attacks and A Thousand Palms [ppm] to send divine hands, To connect your enemies.

Way of the Divine Hand does not use any army. The weapons and shield of this character is its own body (driven by divine power).

We unlock the new class on 60 level after making the Legacy of the Hong moon Clan.