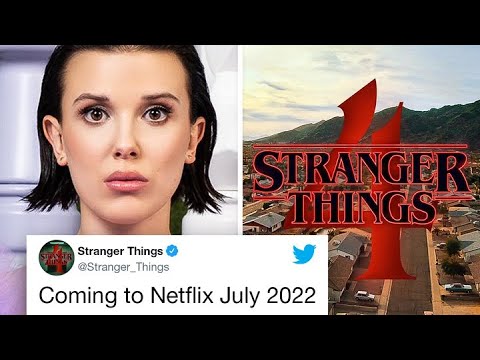 There is already release date for the fourth season of Stranger Things!

After sharing four new posters, it has been confirmed that the fourth season of _ Stranger Things _ already has a premiere date, or rather, dates. Like other series, Netflix has decided to divide in two parts the new adventures of Mike, Eleven and company.

The first part of the fourth season of _ Stranger Things_ will be released on May 27, 2022, while the second part will arrive on July 1, 2022 . This means that the wait for the last episodes will be more than a month, something that could bother more than one.

Although advertising could indicate that this will be the last season, for a long time it is known that a fifth part is already in development , and no more seasons are discarded in the future.

Remember, The fourth season of STRANGER THINGS will be divided into two, with the first part arriving at Netflix on May 27, 2022, and the second will be released until July 1 . On related topics, here you can see the new posters of the series.

Although the idea of ​​dividing seasons seems a solution to the absence of a conversation that many Netflix series have after its premiere, this is more annoying than anything. I prefer that everything is available on a day, or that we have a new episode every week.