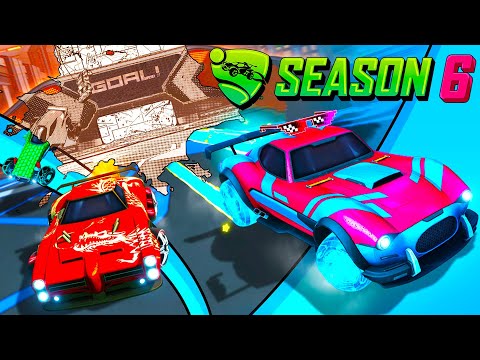 The Psyyonix developer seems to mix things for the season 6 of Rocket League. The fans will probably have seen this brilliantly crazy trailer, which presents the theme of animation in an incredible style.

Above all, the new season offers a brand new Rocket Pass to browse, with all kinds of cartoon cosmetics to give your car a cel-shared look. A new vehicle, Nomad, is being introduced and a mysterious threat called the number appears in the form of various objects such as antenna decorations, explosions of goals, etc.

Elsewhere, Neo Tokyo (comic) variant is a new turning on the arena that gives him a comic atmosphere, which is rather neat. An update from mid-season will also add a new game mode, but we do not know what it is.

Everything seems to be a very different season with really unique rewards to win. Everything starts tomorrow, March 9th. Will you play in Rocket League for season 6? Boost in the comments section below.