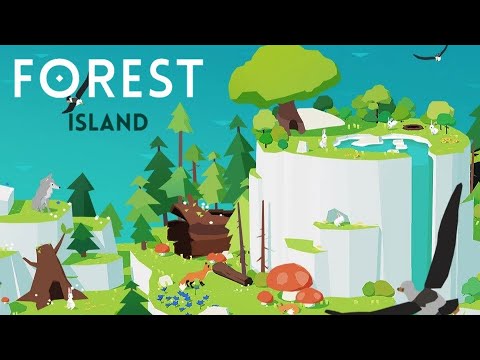 The newly added ‘Jungle Forest’ is the 13th landmark in which the game is present. You can see the quints of the jungle, such as rainforest and vines.

In the jungle forest, you can confirm two new animals. A common animal ‘gorilla’ and a rare animal ‘Silverback Gorilla’ can be invited after the jungle forest terrain opened as its main character.

In addition, the ‘animal inventory’ function was also added. With the ability to permanently archive winter animals, you can arrange and store the appearance of winter animals such as ‘Arctic Fox’, ‘Baby Wolf’, which is present on the snow flower island.

In addition to this, the amount of gold required for ‘Raccoon Island’ and ‘Repair Cliff’ open for game balance was reduced, and the amount of hearts that can be received through animals increased. In addition, new quests and growth levels were added for fast growth in the game.