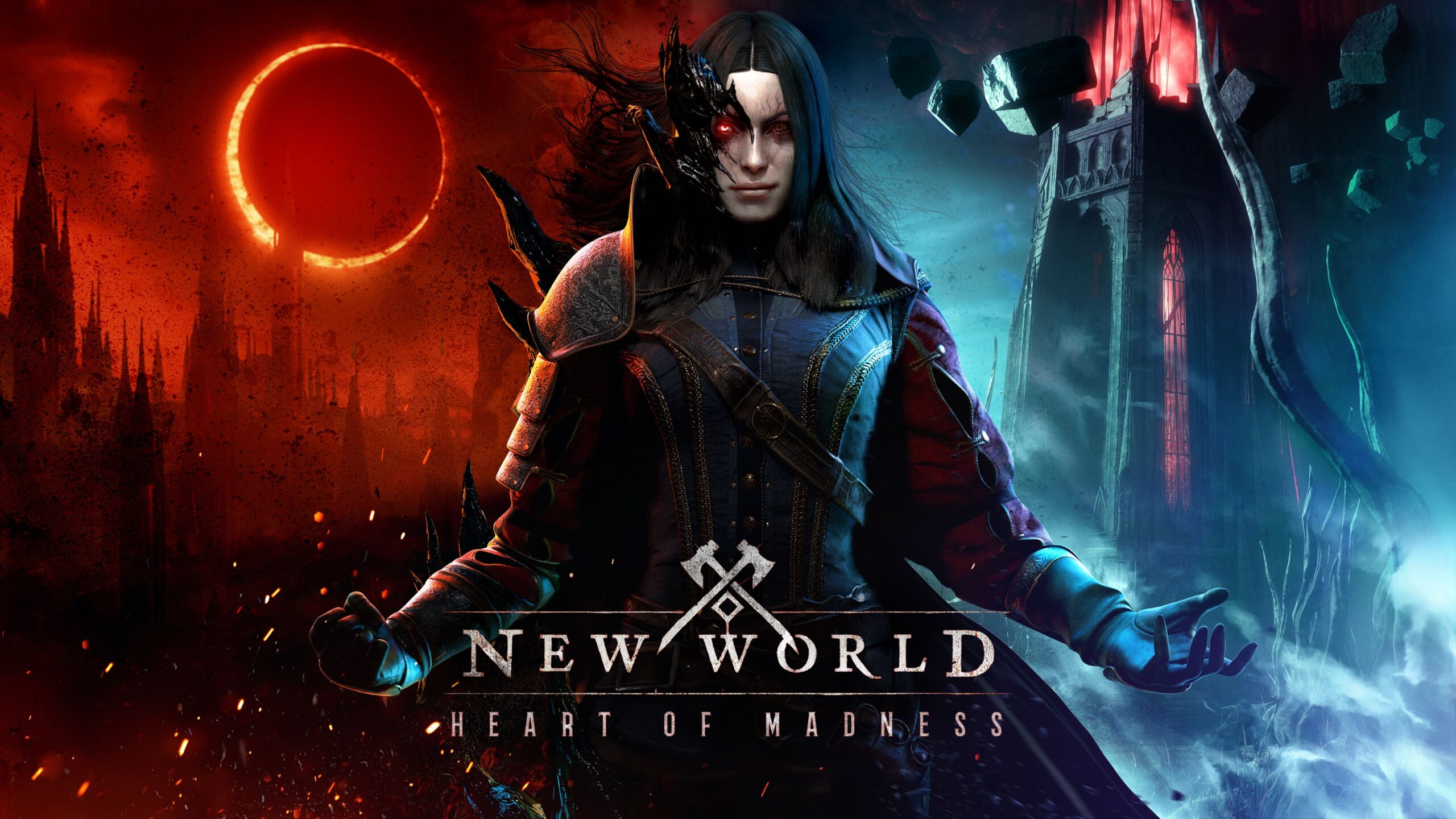 Which PC Shoot Games are worth checking out and System Requirements?

Most players develop a loving and irresistible craving for great action games in childhood. Drive cool car chases, brutal hand-to-hand combat, bloody skirmishes, and grand explosions, all of which spark a storm of joy and admiration in the souls of naive children eager to replace their Favorite people movie characters. With the development of the video game industry, such a dream has become possible. Modern first-person shooters allow you to spend the night on an unforgettable adventure while being in a comfortable and completely safe environment. But there’s a severe obstacle preventing many gamers from realizing this dream: the fact that FPS, as a top-of-the-line computer game genre, often places high demands on the hardware. But don’t despair, as there are a dozen games that feel great on a moderately or even weakly configured PC. And there are both relatively new shooters and shooters that have been unfairly forgotten by modern gamers a long time ago. This is the best and will be discussed in our material.

Fortnite
Fortnite, one of the most popular online shooters, is a modern cultural phenomenon whose success has made other publishers of multiplayer action games grit their teeth with envy. Plus, it’s a good game with skirmishes and construction, a shallow barrier to entry, and a system that demands democracy. Only a battle royale that people who have spent the past few years in a cave haven’t heard of.

Battlefield: Bad Company 2
Despite years of hard work, the excellent shooter from DICE studios is still a success among fans of multiplayer entertainment – on the servers of the base game and the Vietnam add-on, you can find dozens, if not hundreds, of Opponents playing online matches. Thanks to superb graphics and optimizations, debugged networking code, and a perfect balance.

Paladin
Hero shooters in fantasy settings pit players against different arenas, where they are divided into teams and use the characters’ weapons and abilities to achieve their goals. The locations are stylishly designed but not overly detailed, and the effects of using hero abilities don’t detract from the main thing – Paladin’s exciting gameplay. The game is free, and its monetization model does not give users a gaming advantage.

Star Wars Battlefront (Classic)
The classic online shooter will transport players to far-flung galactic battlefields. They’ll find exciting skirmishes on the ground, in the sky, and even in space, with different classes of characters and tons of futuristic vehicles and various emblems, Sexual Star Wars-inspired maps, and impressive scenery. In 2020, multiplayer is back in the game, and now you can play it on official servers.

TOXIKK
TOXIKK is a shooter from a developer who loves timeless classics and wants to play “like it was in 1999”. The game offers dynamic skirmishes without reloading and restoring health, a large selection of weapons, detailed character customization, and very nice graphics with democratic system requirements. And the basic version of TOXIKK is entirely free.

Apex Legends
The super-popular Battle Royale with impressive graphics has relatively low system requirements for your computer. Thanks to the Source engine used in Valve’s games and the Titanfall two shooter on which Apex Legends is based. And if you need to make the game more greedy, you’ll find plenty of guides online on how to reduce its appetite.

Borderlands
Borderlands was released in 2009, and even then, it was available for low- and mid-range PCs. Now, this cooperative shooter will run on any office “machine.” The sequel also has a democratic claim to PC resources, and the two games in the series give a lot of positive emotions at the same time, thanks to intense gameplay and the possibility of the co-op.

Round
A fun 2D shooter with rogue-lite mechanics, perfect for having fun with friends. Its highlight is the heroes’ unique ability in 1v1 duels – the loser chooses a skill from a random set to gain an advantage in the next round. Each shootout becomes special because you never know what will happen, and the whole action quickly turns into a “funny mess” thanks to physics and manga fighters.

Super Animal Battle Royale
Another shooter with cartoon graphics that’s cute and doesn’t take up computer resources. It’s the original top-down battle royale game featuring cute animals — although they look cute before they start filming.
Super Animal Battle Royale incorporates the standard rules of battle royale – fighter jets descend from a giant duck like a plane, hunt for the best gear, and exchange fire with each other, only one of which will win.

Armed Forces 3
If you’re looking for something more serious, try ArmA 3, a tactical shooter that realistically simulates military operations. Released in 2013, the game will run smoothly on weak PCs without losing its relevance and currently attracts tens of thousands of players every day.
There’s a single-player campaign with a story, but multiplayer is more fun. You will have to think about your actions, constantly communicate with your team via voice, stay alert and choose equipment that suits your play style. ArmA fell in love with realism – diving in and firing in all directions wouldn’t work.

Primal Holocaust: Extinction
Primal Carnage: Extinction is one of those rare games that pits us against giant dinosaurs. This shooter focuses on multiplayer mode and offers players a variety of activities, from jointly destroying ancient monsters to competing for the top of the food chain with one of 12 dinosaur species. You will have lethal weapons or rather sharp claws at your disposal.
Games are not without fun and chaos, and low system requirements make them accessible to owners of weak computers.

Point Blank
One of the most dynamic and fun online shooter games released for free. Point Blank has multiple factions, more than a dozen game modes, and countless weapons. Additionally, Point Blank has a character development system. By participating in battles, players gain experience unlocking new abilities, acquiring more powerful equipment and weapons, new missions, and more. Point Blank is so popular that it is even listed as a discipline in various eSports competitions.

Team Fortress 2
A multiplayer shooter from the creators of Half-Life, released in 2007 but still wildly popular. One of the longest and most successful online projects in general. There are several reasons for this success.
First, the TF2 is uniquely designed, with a clear bias towards 3D cartoons. Local characters and settings appear to have been carried over from the Disney comic pages.
Second, users are drawn to the exciting battles of various professional heroes, each with a unique funny appearance and a set of practical gadgets and skills.
Third, starting in 2011, the project was switched to a shareware format, so now anyone can download and play it.

Counter-Strike
The most excellent weak PC online shooting game, without much introduction, still does not give up the position. After cultivating generations of gamers, he remains a welcome guest at almost every esports event. With all this, it’s one of the least hardware-demanding online team action games.

Day of Defeat: Source
A multiplayer first-person shooter developed by Valve using the Source engine. Battles between players took place during World War II, and the map represents the ruined streets of European cities.
You can play as an Allied soldier or Wehrmacht soldier, and there are several classes with unique features to choose from. The game modes in Day of Defeat: Source is the classics of competitive shooters: deathmatch, capture the flag, destroying objects, and more.

Survival Rules
A third-person shooter with up to 300 simultaneous players gathering to the last survivors in brutal massive battles. That said, it’s a traditional battle royale, available on PC and mobile.
The action takes place on a largely deserted island, whose safe zone is continuously reduced according to the rules of the genre. Meanwhile, weapons and vehicles are scattered across the island, and there are nooks and crannies where the most cautious players can hide.

Cuisine Royale
Humorous online shooter with fun gunfights and kitchen gadgets used as armor. Despite its parody and tons of jokes, the project doesn’t lose face in the face of other online shooters when it comes to gameplay. Additionally, Cuisine Royale has shallow system requirements, with very nice graphics, a bright picture, and excellent performance.

Warframe
It is a popular cooperative action game in a great setting that will allow you to save the solar system from the evil spread over it. You’ll control a space ninja in a battle suit, complete hundreds of different missions, collect gear, and level up your character. By the way, all of these are entirely free.