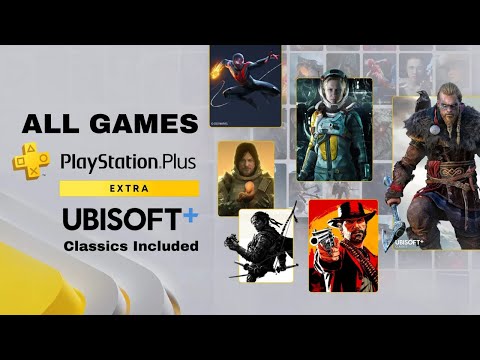 Ubisoft Classics announced for PlayStation Plus

According to Ubisoft, Ubisoft+ Classics includes assassin’s Creed Valhalla, Tom Clancy’s The Division and por as well as others. In total, 27 titles will be part of the service at the launch and the announcement promises more than 50 in total by the end of the year, with more planned after that.

“With Ubisoft+ Classics, we provide players from PlayStation for another way to enjoy Ubisoft games on their consoles,” said Chris Early, senior vice president of Ubisoft associations, as part of the announcement. “This is only the beginning, since we will finally make Ubisoft+ available for playstation owners as we continue to build our vision and provide players for more options to access their favorite games, when and wherever they are.”

You can check the complete video game list that will be available at the launch as part of Ubisoft+ Classics, directly from the Fuenteabajo:

What do you think of what we have heard about Ubisoft+ Classics so far? Are you waiting for the new PlayStation Plus subscription service? Let us know in the comments, or feel free to communicate and contact me directly on Twitter at @Rollinbishop to talk about everything related to games!