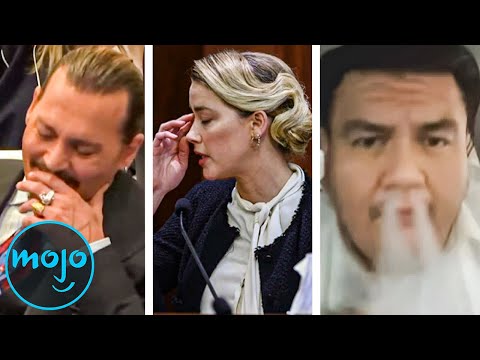 They recreate Johnny Depps judgments in the style of Phoenix Wright

For practically a month, a news that has been on everyone’s lips, is the monitoring of the trial in which Johnny Depp is accusing his ex -wife Amber Heard for defame him. This has led fans to create their own testimonies, memes, documentary videos, but someone dared to take things even beyond all this.

On the youtube known as marimomo morimo, a recreation of the trial was made using the franchise of ace attorney or pHoenix wright to publicize specific moments that even a certain Point were incongruous. There are the constant interruptions by the lawyers and the signatures that the actor used in documents.

Here you can take a look at the first of these videos:

From what can be seen in this recreation of the style trial Ace Attorney, the characters models are quite similar to the actors, as well as the aspect of some people of the court. The most incredible thing is that basically all commands are included that the game of capcom carries with it, from the use of objects to the health bar itself.

It is worth mentioning that the channel currently has five of these videos, so you must enter directly so you can spend a fun time with the cases. In turn, the trial between Amber Heard and Johnny Depp still has no rest; However, it has been mentioned that everything should reach a final verdict on the _27 of May If everything goes well.

Remember that you can enjoy the trilogy of Ace Attorney in PS4, Xbox One, Nintendo Switch and _pc.