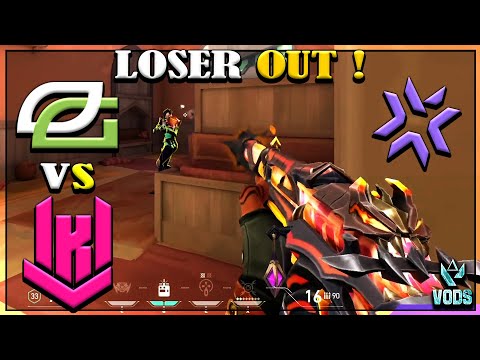 A second date in the south that shows the great rivalry of the teams, with the classic at the door where the Levianeta faces the Kru, a day full of a great value where we can see the great teams in search of maximum glory, now there will be What to see what changes the teams will give, the sea dragon comes with old acquaintances in the technical staff to find a great change in the games.

The first confrontation of the day put New Pampas against Movistar Optix on a map of Haven , the Pampas team began with an early aggressiveness where Rubbkoid managed to put things in favor of his team with a Bridge Very powerful who managed to put the bright fulgor Several rounds to be able to turn the game by sending the departure to Overtime thanks to the power of Vickor and that would end with a 14-12 in favor of Mox.

In the second map we went to an ascent where Gio took his k/I that put the rivals to suffer that the difference in rounds will be minimized during the first half of the confrontation ending with 6-6 , changing roles the tuli would react with his jett to seek aggressiveness in the attack in favor of Mox putting several round rounds that would end up giving him the victory with a 13-8.

The south is painted from rose

The second series placed the southern Leviathan classic against Krü eSports starting on a map of Haven taking a neon in the hands of King showing great performance within the game to leave things in favor of the Marine dragon with an 8-4, reaching the second part the defense posed by the pink team would change things thanks to the work of Delz1k sending the map to an overtime where Tacolilla would be the one who put things in favor of The Levianeta to close the map with 14-12.

For the second map we move to Breeze where the Leviathan team would propose great play, however, Krü put things couples thanks to their strategies in order to leave things with a 6-6, in the change of roles We see Mazino playing K/I in a splendid way inside the map with grenades that managed to give entries to the pink team that would end up taking several rounds in their favor to define the encounter with a 13-8 that would leave things couples.

A last map of Ascent where both teams seek to keep the undefeated within the southern competition, taking an omen in the hands of Delz1k that becomes the breaking point of the team managing to mark the first half of the I find a 6-6, changing the sides we see we see the power of Mazino with a Fade that gave many opportunities to his team very good way with large tickets that put the Levianeta to leave the series with A 13-9.

The South Classic ends with a victory in favor of the current champion, after large meetings the low zone of the contine A great performance to stay in the middle of the table to close this achievement.