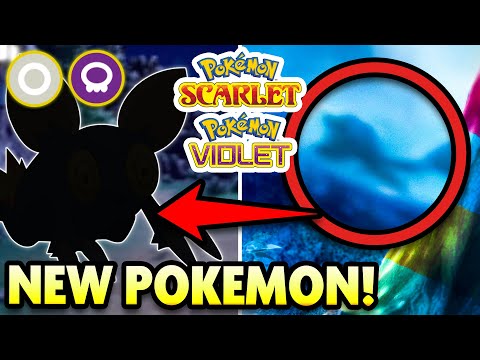 Scarlet and Purple Pokemon: Grafaiai and the paintings of the forest that honor the Basque Country

The leaks about scarlet and purple Pokémon continues! After a first tweet with the animated colored forest, they now delight us with a surprise and new images that reveal a new pocket monster.

A strange teaser for scarlet and purple Pokémon

This time, The Pokémon Company seems to be focusing its advance of Paldea in a completely new way. As you probably know, the new region is strongly inspired by Spain and Portugal . So much that, of course, there are emblematic places of these countries directly in the game.

Colors inspired by a real place in Spain

In Spain, a place similar to that of Pokémon’s photos has been identified by several Internet users on Twitter and Reddit. This is the Oma Forest , in Kortzubi, in the Basque Country. It is a unique place known as Aniamdo forest (the animated forest). It was the Bilbao artist Agustín Ibarrola who painted him in 1984!

_ It is an enchanted forest located in a magical area that underlines a new link between nature and art. The artist left traces in trees and stones there with the aim of connecting the works of the ancestral artists of the Paleolithic with the modern current known as Land Art, an artistic movement that works directly on the natural landscape, being the landscape itself the canvas of the artist.

Ibarrola, by covering thousands of pines with color and life, has created a huge canvas that each visitor can recompose playing with perspective while walking.

The teaser of a new Pokémon?

This Tuesday, August 30, new photos on Twitter were published. On this occasion, we see the shadow of a new creature that looks like a kind of great feline. The tweet clearly indicates its name: Grafaiai.