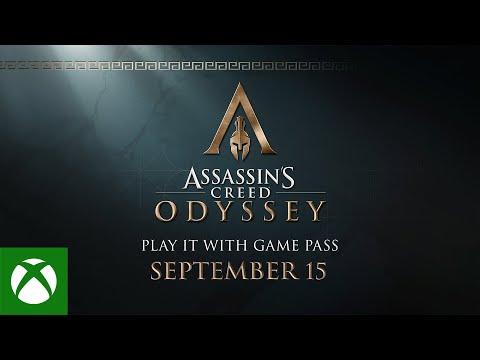 These last days have been full of video game events, since this week a new Nintendo Direct, State of Play, was carried out, as well as the celebration of Tokyo Game Show. and during the latter, a live was issued in which all the news of Xbox are being given, specifically the content that will reach Game Pass. **

Among all the titles that were made known in the catalog was neither more nor less than Assassin’s Creed Odyssey, Game set in Greece that was one of the favorites of the year in which it appeared. And now, it will be part of this video game subscription service, it is best that nothing must be expected, since from this precise moment it is already available.

Here is your trailer:

It is worth mentioning that Assassin’s Creed Odyssey is available at Xbox Game Pass For consoles and PC , so there will be no limitations for anyone who wants to enjoy this world RPG Ubisoft Open. Without a doubt, the best way to wait for the next games of the saga, which will be quite and on different platforms.

If you want to know the other games that were made known during the TGS 2022 for Game Pass , we invite you to click on the following link.